How lack of attention decreases productivity?

It was 1924, the location a factory in the suburbs of Chicago, where several researchers have just begun an experiment in an attempt to answer the question: does better lighting enhance worker productivity? They dramatically improved the lighting in the work area for one group while leaving the lighting unchanged for the second group. To the surprise of the researchers, each time a change was made, worker productivity increased, even when the lighting was returned to its original, unfavorable condition. They extended the study until 1933, and regardless of the conditions, whether there were more or fewer rest periods, longer or shorter working days, any change made the workers more efficient.

These experiments were conducted for the most part under the supervision of Elton Mayo, who was a sociologist and professor of industrial research at Harvard. His team concluded that it was not the changes in physical conditions that were affecting the workers' productivity but the fact that someone was actually concerned about their workplace, and the opportunities this gave them to discuss changes before they took place. This effect was first referred to as the "Hawthorne effect" by J.R.P. French in 1953, based on the name of the factory.

Hawthorne Effect (Oxford English Dictionary): an improvement in the performance of workers resulting from a change in their working conditions, and caused either by their response to innovation or by the feeling that they are being accorded some attention.

In 2015, as a research team, we conducted a study to assess the workload of 104 office employees. All the employees used computers for 30-70% of their worktime. They worked in the departments of accounting, customer service and administrative support. Our goal was to assess the workload level for each job position. The main problem was to standardize one KPI to cover all departments without going too deep into the details. The quantity indicators generally used in such cases only formed a basis to check the correctness of the study results.

We decided to use three different methods to achieve the best results:

Once the technical preparations for the study were complete, we arranged a meeting with the employees and managers. We described the project goals in terms of making changes to improve work efficiency, but we said little about the chosen methodology.

We collected the data for six weeks before beginning to analyze them. We were surprised that the first indicator showed an almost 90% level of average workload for each position (quantity of time spent directly on duties compared to the total activity time). This was an unlikely outcome, according to the earlier interviews and surveys. While seeking the reason for such significant results we decided to compare the data from the research period with the data collected during the system tests undertaken about five weeks earlier. These results are shown in Figure 1. 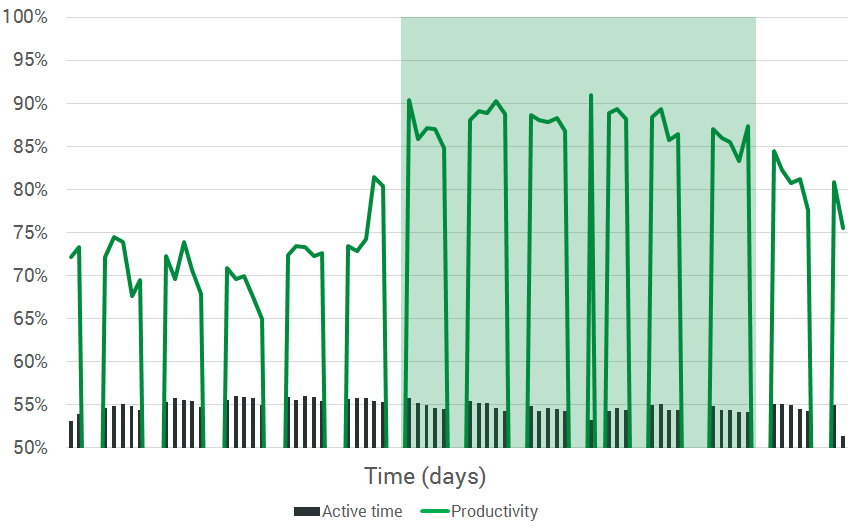 Figure 1. Change in employee productivity before and during the research period (green area)

Looking for a pattern

Completion of the first study left us unsure whether this was an isolated case or a regular feature. We decided to organize a number of more extensive studies from which, over the next two years, we gathered data about several thousand job positions. We obtained similar results from almost every organization that took part in a study. Based on this experience we prepared the short research study shown below. This included data from four organizations and a total of 221 employees, sufficient to make a number of comparisons. Each of the selected companies were studied for at least three months as the 'research period' followed by a further three months as the 'comparison period'. The timeline for the productivity indicator is shown in Figure 2. 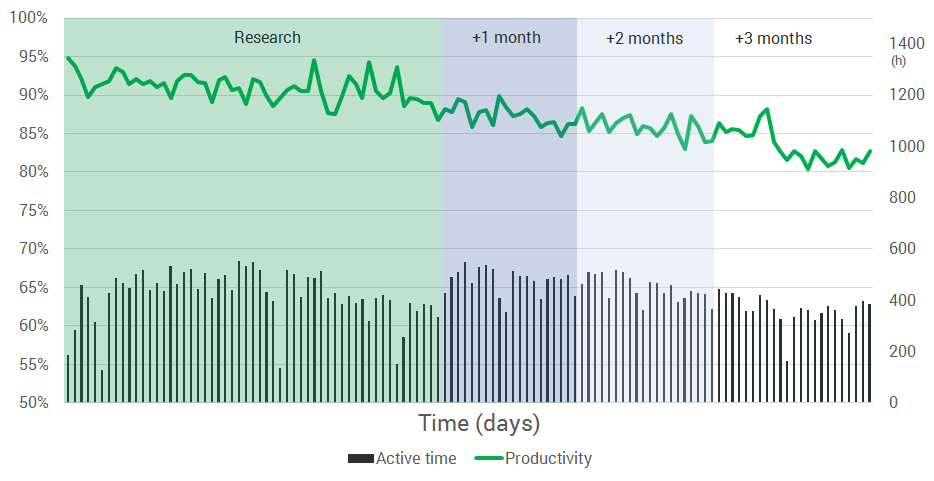 Figure 2. Change in employee productivity during and after the research period

The productivity decreases after completing the research period, with the result continuing to deteriorate as time passes. The decrease is not as large as in the first example (16 pp), but the change is clearly visible. To understand this effect better we need to examine the results of individual employees.

It is interesting to note that the decline in overall (average) productivity does not affect all employees. Figure 3 shows the individual results related to each period. The area marked in green shows the desirable results, defined as a high enough productivity level over a specified activity time. During the study period 178 of the 221 employees remained in the green area (80.5%). At the three month point after end of the research period only 121 employees were still achieving desirable results (54.7%). This indicates that the huge reduction in productivity is primarily the result of one third of all the employees! 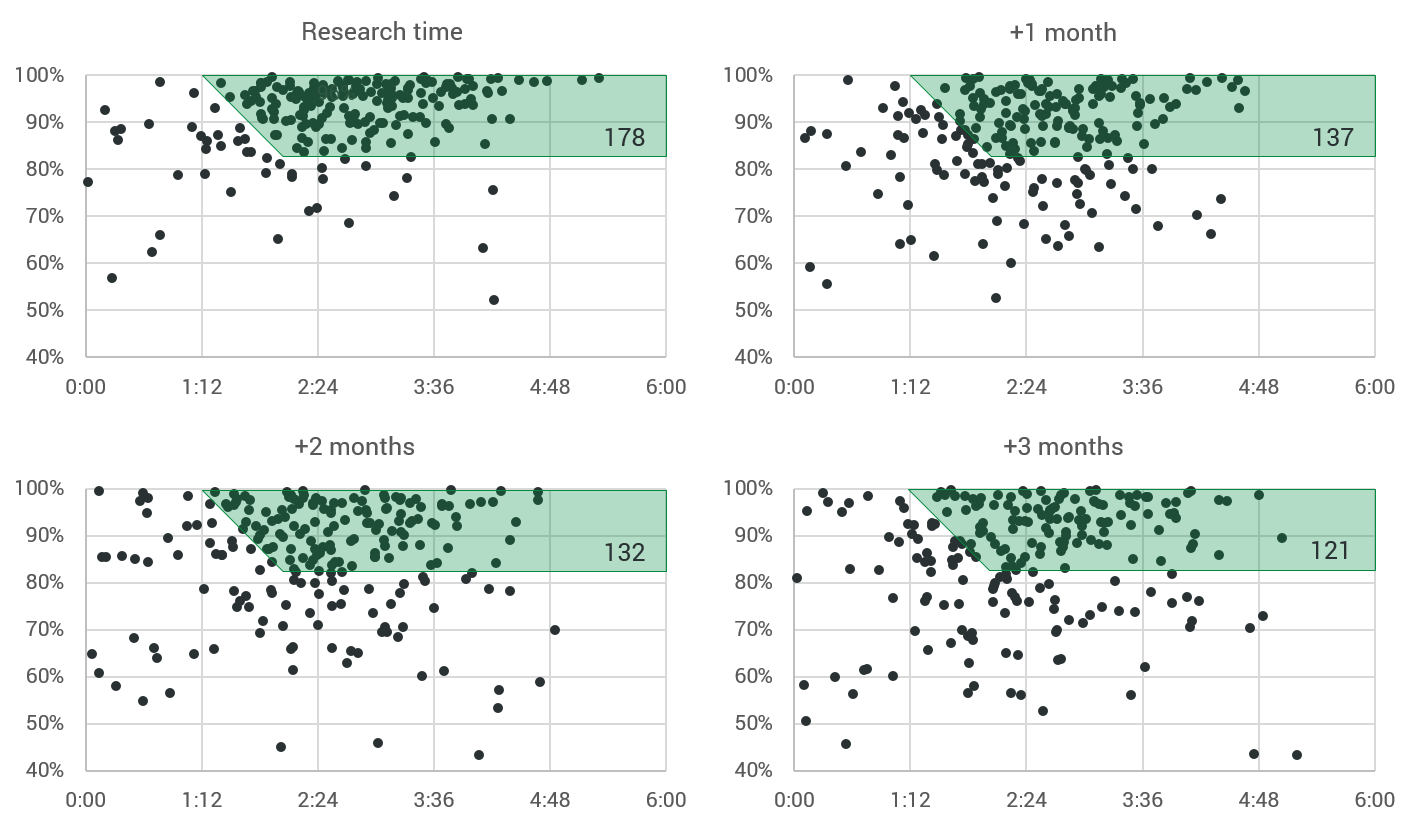 Need to use our data?